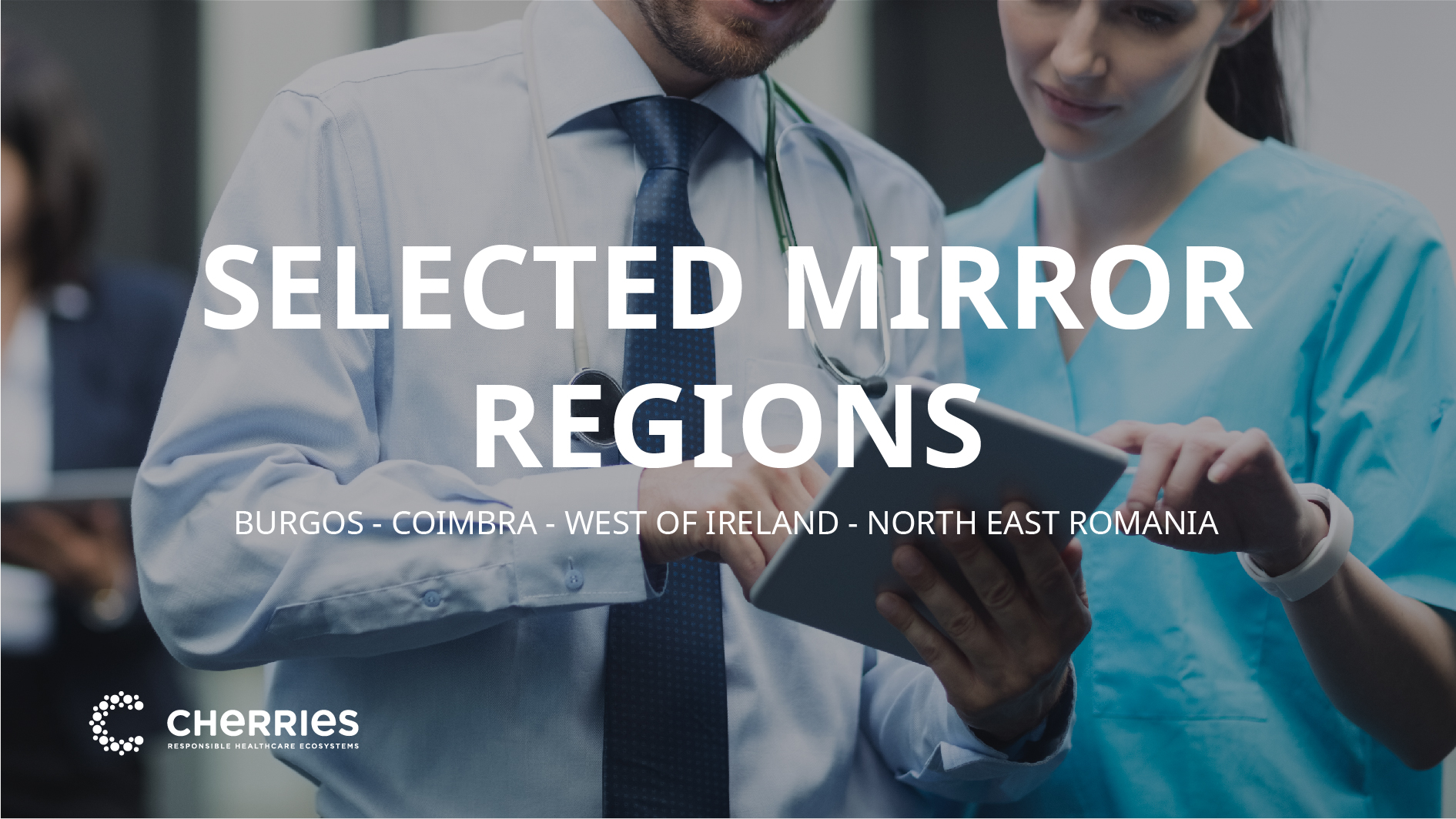 On January 20th, CHERRIES officially launched the programme dedicated to the so-called Mirror Regions: four European regions that will replicate CHERRIES model in their own territories.

The regions of Burgos (ES), Centro (PT), Nord Est (RO) and West of Ireland (IE) will benefit from one-on-one coaching sessions to clear up any kind of doubts on how to overcome specific barriers during the implementation of the methodology, online workshops to dive into the nuances of the different stages of the process, a face-to-face event to get to know other regional practitioners in the same sector and grow their network, and many other support actions that will help the Mirror Regions identifying the societal challenge to be addressed with an innovative solution.

Now that CHERRIES Mirror Regions have been selected, we call other European regions interested in the project methodology and willing to replicate the CHERRIES model within their territories to join our community.

The objective is to promote a pan-European Community that will exchange know-how, promising practices, and resources to become the natural place to receive personalised explanations and periodic follow up on the CHERRIES learnings and its updates*.

A dedicated subscription area will be released soon. In the meantime, feel free to express your interest by sending an email to ulises.pisano@ticbiomed.net

* Tailored coaching support will be given only to the 4 chosen Mirror Regions.