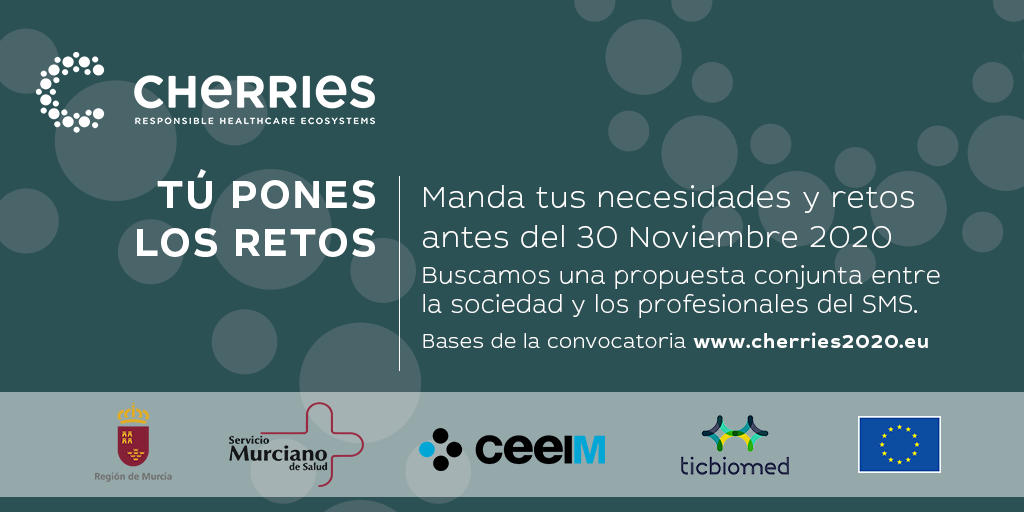 We asked Gorka Sanchez (Sistema Murciano de Salud) to share with us some initial comments about the call for needs that the regional team of CHERRIES Murcia (CEEI Murcia, Murcia Region, SMS, Ticbiomed) run in November 2020.

“The call for needs in the region of Murcia focused on three target groups:

• Healthcare professionals of SMS, both sanitary and not-sanitary (IT, administrative…).
• Associations of patients.
• Research groups of universities (there are three universities in the region of Murcia, two public and one private).

Eligible consortia could consist of one, two or three representatives of the above listed target groups. However, it was compulsory for each consortium to include at least one healthcare professional from the SMS as his/her presence is essential to involve them in the implementation of the pilot, if the need is selected.

CHERRIES Murcia capitalised the lessons learned with inDemand project and followed its best practices creating a culture of intrapreneurship among SMS professionals, supporting them in explaining the objective of the call and the preparation of a sounding proposal, and the opportunities offered by CHERRIES project throughout the different phases of the regional experimentation.

The number of proposals received, 8 proposals, was lower than expected due to the COVID-19 situation, which has been the main priority of the SMS professionals.We paid special attention to the addition of new stakeholders (patient associations and Universities) as they were not familiar with the inDemand processes, while the healthcare professionals were.

The wider involvement of different societal actors will enrich the regional pilot which will reflect RRI principles and processes”.