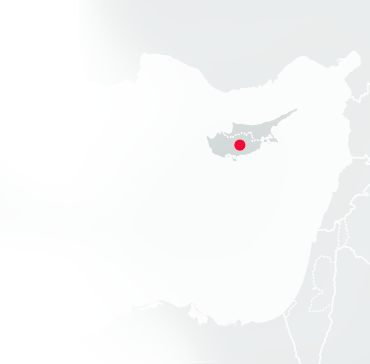 Science and technology are transformative forces that have granted humans the capacity to alter ecosystems, the Earth’s climate, and even the building blocks of matter and life itself. R&I have improved our world and our lives in many ways and will most likely continue to do so. However, parallel to the large positive impact on human welfare and wellbeing, science and technology sometimes create new risks and ethical dilemmas, fail in solving the problems they are meant to, and spur controversy (source: RRI-tools.eu).

Within the Health sector, there is a steadily growing number of new technologies being introduced in health systems (e.g. wearable devices, robotics, genomics, artificial intelligence, 3D printing, mobile applications, etc.) that raise complex challenges for all stakeholders, including policymakers, regulatory authorities, payers, physicians and patients. The current ways in which new health technologies are being financed, developed and brought to market make health systems increasingly inequitable and unsustainable.

Cyprus, with a population of 1.17M population;  is the third largest Mediterranean island after Sicily and Sardinia, and a full EU member since 2004 and given the size of the island CyRIC EU|BIC maintains a national role in supporting and nurturing the ecosystem.

Alongside an ageing population, the calibre of health care is improving in leaps and bounds with new specialized medical services and research in Cyprus. It includes, among others, the long-anticipated implementation of a comprehensive national health care system, which is set to make the sector more streamlined, resource-efficient and cost-effective.

In 2013 Cyprus decided to establish a national health care system, introducing the General Healthcare System (GeSY) which is fully operational since June 2020. The Ministry of Health is responsible mainly for the organisation of the healthcare system and the provision of state-financed healthcare services. Besides its medical, public health, dental and mental health services, the ministry oversees Cyprus’ General Laboratory and Pharmaceutical Services.

As a small country with a highly centralised public administration system, public health services are provided through a network of hospitals, health centres, sub-centres and dispensaries. Most of the system’s organisational, administrative, and regulatory functions take place at the state level; the lower administration levels cooperate with the central administration primarily for the implementation of public health and health promotion initiatives. Yet, following recommendations, a reform of the Ministry of Health is underway. New departments are being established and the administration of public hospitals decentralised based on modern systems of management and medical audit.[1]

Simultaneously, the business, research and innovation ecosystem in Cyprus is described as “a young but fast-developing ecosystem”[2].  With the recent appointment of a Chief Scientist forming the Executive authority for managing all activities including Policies, Incentives and Funding to Research, Innovation and Entrepreneurship seeks to enter a new era for research and innovation in Cyprus.

In Cyprus, the main territorial support actors of the business and innovation ecosystem are the privately-owned R&D centre CyRIC and its incubator Gravity Ventures. Cyprus Research and Innovation Center is a pioneering company with the strategic aim to become an important regional Innovation Center developing novel products for the world markets. Using continuously upgraded infrastructure and the scientific know-how of highly educated researchers and professional engineers, CyRIC also designs and executes Applied Research Projects for the development of Innovative Solutions.

The CHERRIES experiments address opportunities and challenges associated with the role of demand at the crossroads of challenge-oriented, economy-enhancing, and sector-specific policy making within the healthcare sector, thereby addressing the SGC of health, demographic change and wellbeing. It ensures bottom-up involvement of all kind of citizens, irrespective of their age, gender, ethnicity and socio-economic background. With CyRIC deeply rooted connection in the regional society, bringing together research, innovation, business and industry organisations utilising state of the art infrastructure, it is a role that well fits the Cypriot EU|BIC.

Notably, CyRIC’s function as coordinator of the Cyprus Digital Innovation Hub (CyDi-Hub) puts them as consortium partner in the ideal position for offering cutting-edge digital technology innovations and services to the manufacturing and health industry – bringing the fourth digital revolution in Cyprus.

The local industry partner collaborating with CyRIC in the healthcare ecosystem for CHERRIES is Aretaeio Hospital (AIK). AIK is a leading Private Hospital in Cyprus and a Medical Center of Excellence in the wider region. As the local Cypriot actor, it hosts the territorial experimentation, stakeholder’s engagement, and contributes to the co-creation of the solutions in Cyprus. Moreover, it engages in CHERRIES mapping exercise, provide evidence-base and stakeholder support for future regional development strategies (new S3).